A Magical Wonder To Experience 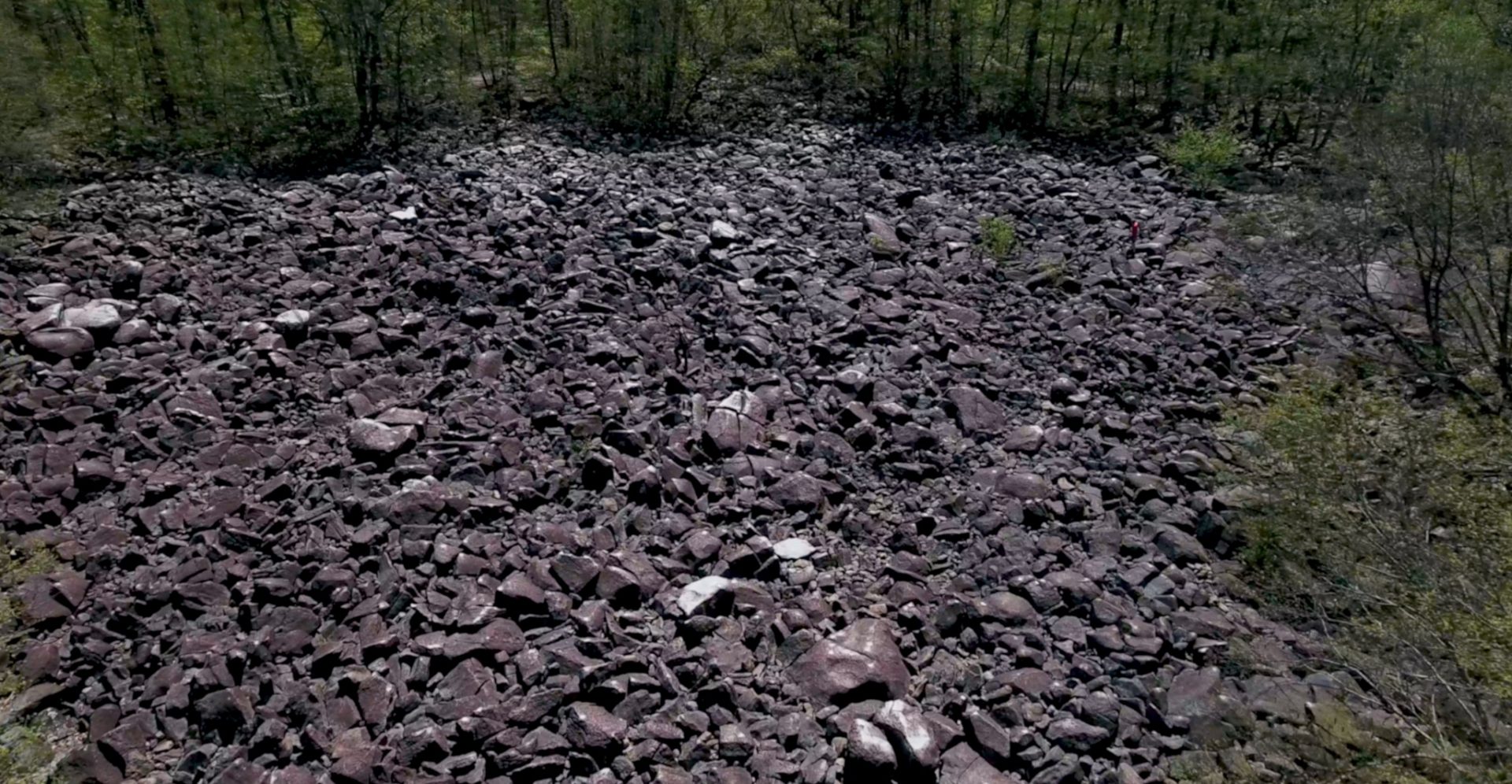 Can You Spot The Hiker?

Two notable geographic features of Upper Black Eddy are Ringing Rocks Park and Nockamixon Cliffs. The park is a 4-acre boulder field of weathered Sonorous Stones, some of which “ring” much like a bell when struck with a hammer. This park also includes Bucks County’s highest waterfall situated on High Rocks Creek. The Cliffs are 400 foot shale cliffs overlooking the Delaware River and are located within the Delaware Canal State Park.

Upper Black Eddy originates from the Black family who operated a hotel at this point of the Delaware River and did share part of its unique name with the former village of Lower Black Eddy, now known as Point Pleasant, Pennsylvania. The village’s growth in the early 19th century was due to the opening of the Pennsylvania Canal passing through the village. As a result canal-related businesses sprung up quickly, including a shipyard, mule stables, general store, and several hotels.

Bridgeton House on the Delaware